Once again, discovered via The Stephanie Miller Show.

Some Companies Paid More to CEOs than to Taxes

Hey, don't pick on those poor CEOs. They're "job creators" don'tcha know?  Thanks to Stupid Monkey Planet for the link.


REPORT: 25 Corporations Paid More To Their CEO Last Year Than They Paid In Taxes

Last year, as Americans across the country grappled with the widespread effects of the Great Recession, tax dodging by corporations and the wealthy cost the average U.S. taxpayer $434, even as corporate profits soared 81 percent. In fact, according to a new report from the Institute for Policy Studies, “corporate tax dodging has gone so out of control that 25 major U.S. corporations last year paid their chief executives more than they paid Uncle Sam in federal income taxes”. . .

When you've gotta do it right! From The Stephanie Miller Show. 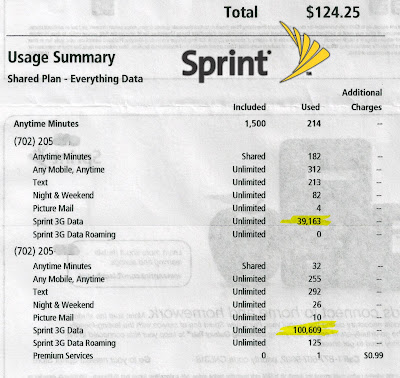 I was just looking over my monthly Sprint mobile phone bill, a bill that has swelled from $60+ per month for two lines to $120+ per month for smart phones. Anyway, this was the first month where our normal rates apply, after having purchased said phones, and having those costs paid off. So, I thought I'd peruse the details of the thing.

As it turns out, a lot is covered, which is fortunate given the monthly cost. We have unlimited anytime minutes (between Sprint customers), anytime mobile (any mobile phone), text, night & weekend, picture mail, 3G data, and even 3G data roaming. That's pretty sweet. And between the two of us, we only used 214 of our allotted 1,500 monthly minutes. But there some interesting nuggets in the rows of numbers on my bill.

Soooo, either Sprint's math is way off, or the row of numbers on my bill represents something other than minutes. The column is headed "Used," and lists other things that are clearly minutes. But it lists 292 under texts for me, which must be a total number (but sounds a bit too high). So, it could be megabytes, gigabytes, hell Sprint-bucks for all I know. I'm just happy I have unlimited. . .whatever they are. 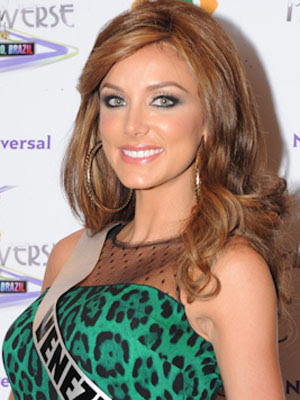 Plastic surgery was the favorite topic in today’s press conference

A press conference with the Miss Universe contestants happened this morning at the hotel they are staying at, in Sao Paulo. Plastic surgery was the main topic and the most asked question by journalists was, “Have you had any cosmetic surgery to participate in the pageant?”.

After saying that “Brazilians are very friendly and that she had had some intense preparation to participate in Miss Universe, Miss Curaçao did not want to answer if she’s gone through cosmetic surgery. “It’s my little secret”, she stated.

Miss Argentina mentioned that she had a breast implant years before knowing she was going to compete in a beauty pageant. The same talk was shared by Miss Venezuela. Vanessa Gonçalves, today 25, said she had her breast size enhanced when she was 19, and after that, has never gone through plastic surgery again in her life.

Miss France explained that in her country plastic surgeries are not allowed among girls who participate in the French national pageant. “In France, natural beauty is appreciated. I am 100% real!”, she said with sense of humor. 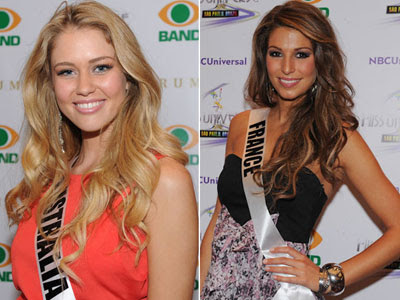 Scherri-lee Biggs, Miss Australia, 21, commented: “Everything is also natural here. I am too young to have a plastic surgery”. The Australian stunner also mentioned she loves the Brazilian bikinis.

About preparing for the pageant, most delegates said they had English classes and learned how to behave in front of the judges.

Miss China, for instance, took all kinds of classes, including intensive English, in the United States. Miss Costa Rica, went even further: she studied Portuguese for two months, and has been able to communicate really well with Brazilians in the local language.

Miss Philippines took Portuguese and samba classes before traveling to Brazil, and when asked if she could say a few words, she answered: “Um pouco”, which means, “a little”.

Miss Angola, Leila Lopes, visited Brazil 5 times in her process of preparation. She said Brazil as a lot of influence on the Angolan culture nowadays, and that she is a big fan of the Brazilian soap operas.

Miss Colombia told journalists she is impressed with how big and great São Paulo is: “I fell like being at home”. Catalina Robayo also did not hesitate in saying that she believes she should be the winner: “Of all 89 candidates, I am the most complete one”.

source: (Thank you and credits to

and all sources for the information and pictures)

source: (Thank you and credits to

and all sources for the information and pictures)
Newer Posts Older Posts Home
Subscribe to: Posts (Atom)